Discussion: In Human Action, Ludwig Von Mises explains that when interest rates are set below their natural rate, it triggers into motion a chain of events that will lead to a boom period of malinvestment to be inevitably followed by a bust period after it becomes apparent the projects cannot be completed. 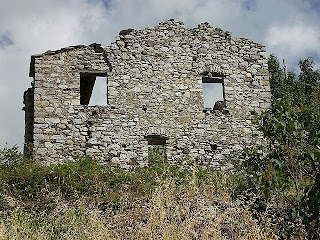 The lower interest rates entice businesses to pursue projects which are doomed to fail. Below is his famous example of a master builder who begins work on a house where he is misled into believing he has more supplies than he actually does. He begins to build a house that is too large to be completed given the actual amount of materials he has to work with.

Similarly, lowering interest rates below their natural rates deceives people into believing there is enough actual savings to complete their capital projects. Eventually it becomes clear that this is not the case and all those ill conceived projects are exposed for the malinvestments that they are. (examples: housing bubble, dot-com bubble)

A home builder for example may not have pursued building a large housing development if he had to borrow money to do so at a natural market rate of say 8% interest, but he will if the interest rate is 4%. If the rate were 4% in a free market it would be due to a larger number of consumers saving money thus increasing the supply of loanable funds which would lower the rates. Under this scenario it would in fact be profitable for a home builder to pursue this project because there is actual savings present to buy the homes upon completion.

A rate artificially set at 4% due to central bank policy has a much different outcome. It leads to a false signal to businesses where malinvestments are made to be eventually and inevitably corrected during the bust.

The short excerpt below is taken from chapter 20 of Human Action: The Scholar's Edition. More is available at the Mises link:
http://mises.org/daily/4309

The whole entrepreneurial class is, as it were, in the position of a master builder whose task it is to erect a building out of a limited supply of building materials. If this man overestimates the quantity of the available supply, he drafts a plan for the execution of which the means at his disposal are not sufficient. He oversizes the groundwork and the foundations and only discovers later in the progress of the construction that he lacks the material needed for the completion of the structure. It is obvious that our master builder's fault was not over investment, but an inappropriate employment of the means at his disposal.
Posted by Free Market Economics Fan